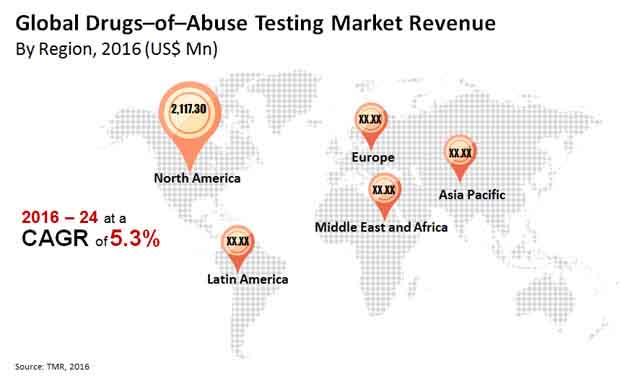 On the other hand, the growing populist support for the legalization of drugs such as marijuana, allied to the existing legal status of extremely harmful drugs such as alcohol and tobacco, has complicated the path of the global drugs of abuse testing market. The upheaval caused by legalization movements could be an influential factor for the global drugs of abuse testing market, as it could lead to entire product lines becoming redundant due to legalization of the drug they were designed to detect.

The global drugs of abuse testing market is segmented as follows: