Harmonic filters are extensively used across a host of sectors, including automotive, oil & gas, information technology, HVAC, mining, and wastewater, among others. At present, as the industrial sector around the world continues to flourish, power systems have come under the radar. Harmonic issues within the power systems across different industries can lead to downtime and inflict heavy damage in both, consumer appliances as well as utility suppliers. End users of harmonic filters are increasingly seeking ways to minimize harmonic pollution despite the existing current and voltage distortion in networks. Companies involved in the current harmonic filter market landscape are investing resources in the development of new solutions that minimize the nonlinear current in customer loads within a power system. 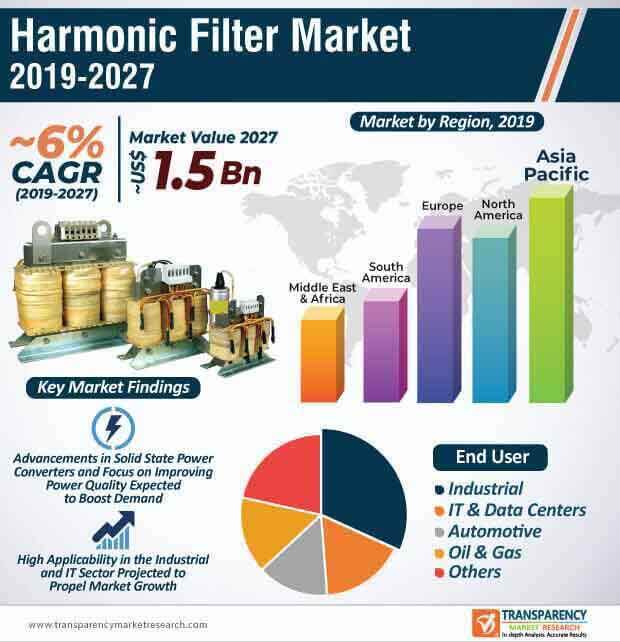 Economic and urban development across the world is a trend that is expected to have a strong influence on the growth of the harmonic filter market. Due to the rapid development of cities across the world, transportation systems have received a great amount of attention. Multiple countries, particularly in the Asia Pacific region, including China, are investing considerable resources for the development of high-speed railway systems. Moreover, the East Japan Railway Co. launched a new high-speed train model in the spring of 2019. The construction of the Kuala Lumpur-Singapore high-speed railway line was initiated in 2017 and is expected to complete around 2026. These large-scale developments demand high levels of power quality and voltage stability problems and the adoption of harmonic filters, is thus, likely to grow in the near future.

The dawn of Industry 4.0 has led to a significant transformation in modern-day industries with automation at the helm of all major developments. Variable frequency drives (VFDs) are increasingly being deployed within the Industry 4.0 sphere, particularly in high-demanding power applications. The fast-paced industrialization and urbanization around the world are expected to increase the demand for variable frequency drives. Electrical appliances that have a non-linear load such as personal computers, AC and DC motor drives, and LED lighting display some level of harmonics. Power correction, stability, and apprehensions overpower quality continue to remain key parameters in industrial settings worldwide. As the industrial sector continues to emphasize on energy savings, electrical reliability is another area of concern that continues to gain the attention of participants involved in the industrial sector. Harmonic mitigation has gained ground over the past couple of decades due to which, the demand for harmonic filters is projected to move in the upward trajectory during the forecast period. 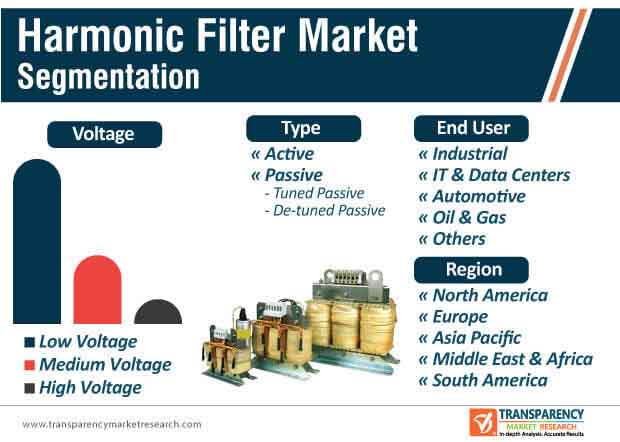 Stuck in a neck-to-neck competition with other brands? Request a custom report on Harmonic Filter Market

Key indicators of market growth, which include value chain as well as supply chain analysis and compounded annual growth rate (CAGR), are elucidated in TMR’s study in a comprehensive manner. This data can help readers interpret the quantitative growth aspects of the global harmonic filter market during the forecast period.