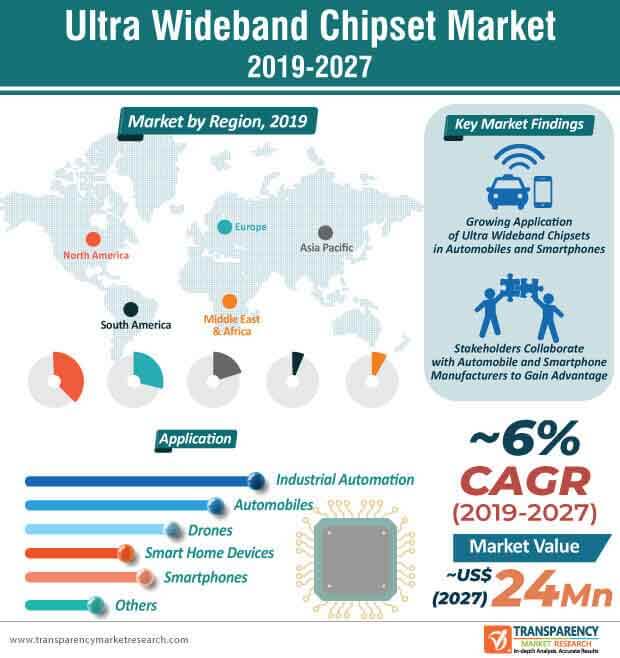 Currently, multiple automobile manufacturers are engaged in enhancing security, convenience, and theft protection capabilities of their vehicles. While its consumer use continues to remain a distant reality, the ultra wideband technology is gaining significant prominence at the enterprise level – especially in the automotive sector. Several major automobile companies are exploring the advantages of the ultra wideband chipset technology to improve security aspects of their vehicles. For instance, in October 2019, Volkswagen revealed how the company is likely to leverage the ultra wideband technology to significantly enhance safety, convenience, and security in their vehicles. In their bid to achieve this, the company has collaborated with NXP Semiconductors to explore the potential of ultra wideband chipsets to improve safety features in their cars.

The adoption of wireless positioning technology is currently at the nascent stage. However, stakeholders in the mobile industry are eager to tap into the potential of this technology by integrating ultra wideband chipsets in their products. Mobile manufacturers are continually investing their resources toward enhancing the capabilities of their products to gain an edge over their competitors. 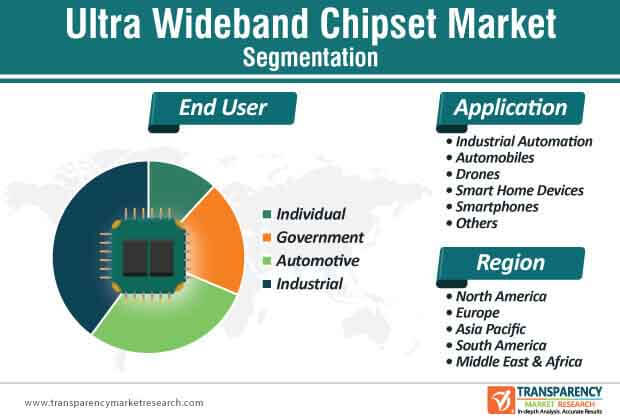 Stuck in a neck-to-neck competition with other brands? Request a custom report on Ultra Wideband Chipset Market

Rise in Adoption of UWB Technology: A Key Driver

Key providers of ultra wideband chipsets, such as Johanson Technology, Inc., are engaged in the development of new products

The report includes an elaborate executive summary, along with a snapshot of various segments and sub-segments included in the scope of the study. Furthermore, the report sheds light on the changing competition dynamics in the global ultra-wideband chipset market. These indices serve as valuable tools for the existing market players and for entities interested in participating in the global ultra-wideband chipset market.

The report delves into the competition landscape of the global ultra-wideband chipset market. Key players operating in the global market have been identified and each one of them has been profiled for its distinguishing business attributes. Company overview, financial standings, recent developments, and SWOT are some of the attributes of players operating in the global ultra-wideband chipset market, which have been profiled in this report.

The comprehensive report on the global ultra wideband chipset market begins with an overview of the market, followed by the scope and objectives of the research study. Following this, the report provides detailed explanation of objectives of this study.

For reading comprehensibility, the report has been compiled in a chapter-wise layout, with each section being further divided into small sections. The entire report comprises an exhaustive collection of graphs and tables that are appropriately interspersed in the entire compilation. Pictorial representation of actual and projected values of key segments is visually appealing to readers. This also allows comparison of the market shares of key segments in the past and at the end of the forecast period.

The report analyzes the global ultra wideband chipset market in terms of application, end user, and region. Key segments under each criteria have been studied at length and the market share of each of them by 2027 has been provided. Such valuable insights enable market stakeholders in making informed business decisions for investments in the global ultra wideband chipset market.