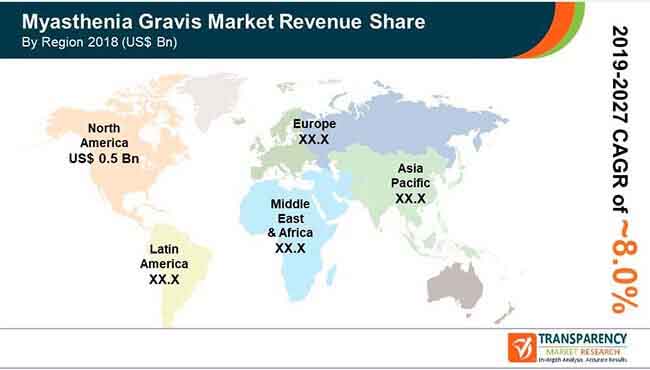 Rise in Focus on Research & Development and Increase in Prevalence of Autoimmune Disorder: Key Drivers of Global Myasthenia Gravis Market

The report includes an elaborate executive summary, along with a snapshot of the growth behavior of various segments included in the scope of the study. Furthermore, the report sheds light on the changing competitive dynamics in the global myasthenia gravis market. These indices serve as valuable tools for existing market players as well as for entities interested in entering the global myasthenia gravis market.

These primary research respondents have provided exclusive information during interviews, which serves as a validation from the myasthenia gravis market leaders. Access to an extensive internal repository and external proprietary databases enabled this report to address specific details and questions about the global myasthenia gravis market with accuracy. The study also uses the top-down approach to assess the revenues for each segment and the bottom-up approach to counter-validate them. This has helped in reaching TMR’s estimates on future prospects of the global myasthenia gravis more reliably and accurately.