Developments in Motion Positioning Stages Align with Requirements of Industry 4.0

With the advent of Industry 4.0, the industrial sector is shifting gears and leaning toward automated systems. Industrial automation has gained fast-paced adoption in the past few years and the trend is set to continue in the coming years. In their bid to gain a competitive edge, stakeholders in the current motion positioning stages market are increasingly focused on the development of power/energy-efficient products. The tectonic shift toward industrial automation is likely to provide an array of opportunities for key operators in the global motion positioning stages market, which is expected to reach a value of ~US$ 989 Mn by the end of 2027. 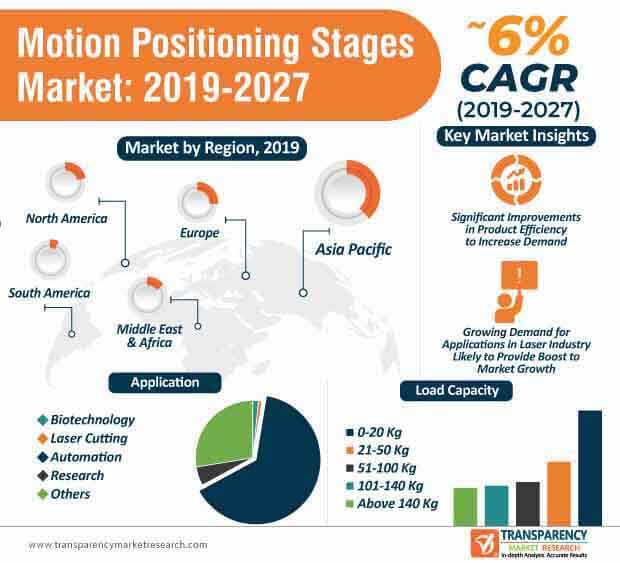 Emphasis on Efficiency Expected to Increase Adoption in Multiple Applications

Due to technological developments, linear motors have evolved at a consistent pace in the past few decades, and offer greater accuracy and speed range. As linear motors continue to evolve, linear-motor applications are also evolving. With a growing focus on efficiency, at present, new applications of linear motors on axis have emerged, including automotive, material handlings, packaging, general automation, and off-highway, among others. Higher efficiency levels can be achieved with linear motors, owing to its direct-drive nature coupled with precise and faster strokes. Advanced linear motors with improved linear-motor designs integrated with new technologies are replacing other linear-motion alternatives.

The demand for ball screws and powerful servomotors has gained considerable pace, particularly in high-force applications. As ball screw rails can be easily lubricated by end users, the demand for the same is expected to witness significant growth during the forecast period. The adoption of motion position stages such as ball-screws is on the rise, as machine manufacturers in the laser industry are continually finding ways to improve resistance and tolerance to extremely hot particulates. In addition, for design engineers in the laser industry who regard ease of installation as a critical criterion, the adoption of new-generation linear stages is expected to witness substantial growth, particularly for seamless alignment and placement on the machine base. Stakeholders in the current motion positioning stages market are increasingly focused on the development of new linear stages that are suitable for industrial applications. 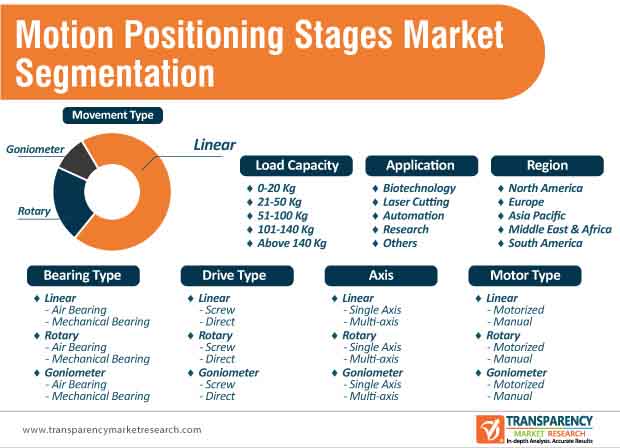 Stuck in a neck-to-neck competition with other brands? Request a custom report on Motion Positioning Stages Market