The demand within the global natural gas liquids market is rising at a sturdy pace in recent times. In the contemporary scenario, use of hydrocarbons has gained momentum in several industries and sectors. The residential, commercial, and industrial sectors have emerged as important consumers of natural gas liquids. Domestic uses of these liquids have helped in driving sales across the global market. Furthermore, the humongous demand for hydrocarbons in industrial manufacturing has also created a plethora of opportunities for market maturity. Some of the common industries where natural gas liquids are used are plastics, detergent manufacturing, and anti-freeze agents. The next decade has witnessed the inflow of increased revenues over into the hydrocarbons industry. 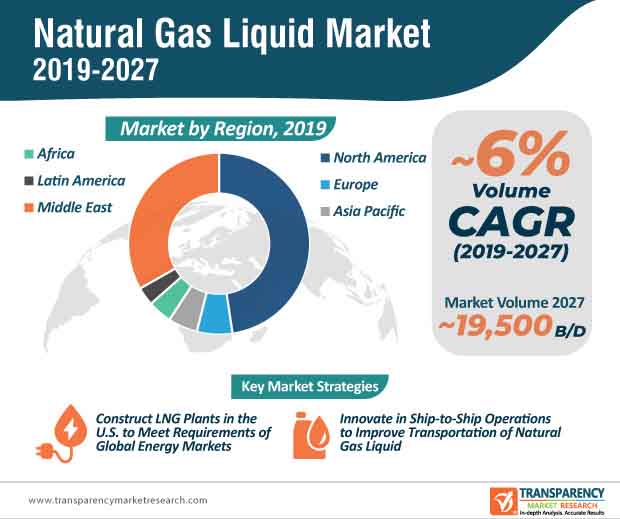 The onset of the coronavirus has paralyzed commodity supply chains in China due to cancelled shipments and delayed stocks that are now piling up. Short-term sales of natural gas liquid and crude oil in China have come to a halt, thus slowing down the economic activity of the region. On the other hand, buyers in China’s natural gas liquid market are concerned about legal actions that could be taken against them in case they honor purchase agreements. Moreover, spot crude trade has also reached a halt, thus affecting imports for independent refiners.

According to popular news outlets, sellers of crude oil and natural gas liquid managed to sell some cargoes for the month of April before the Chinese New Year. However, consecutively, all trade activities have been stopped. Chinese buyers are increasing efforts to invoke the force majeure clause on imports. However, producers state that they have not received any notices from buyers so far. In order to avoid damaging the relationship with sellers, Chinese buyers are resorting to divert or resell cargoes for the time being.

Traders are expected to tap incremental opportunities in the U.S. natural gas liquid market after all economic activities are put to practice post the COVID-19 pandemic. The flourishing liquefied natural gas (LNG) industry of the U.S. is grabbing the attention of traders whilst North America is estimated to dictate the highest revenue among all regions in the market landscape. Hence, companies are increasing efforts to construct natural gas liquid plants in the U.S. that are capable of transforming global energy industries. Thus, under construction infrastructure projects worth billions of dollars are anticipated to create revenue streams for stakeholders.

Companies in the U.S. natural gas liquid market are increasing their production capabilities to supply LNG to Europe and Western Europe. This explains why the global market is anticipated to reach an output of ~19,500 Thousand B/D by the end of 2027. However, complexities surrounding the market for natural gas liquid in the U.S. such as prevailing geopolitical uncertainty and increasing competition are likely to hamper market growth. Hence, companies are advancing in liquefying technologies by expanding their exports to Qatar and Australia.

Transport innovations are one of the most prominent trends revolutionizing the natural gas liquid market. As such, companies are increasing their focus in ship-to-ship operations to improve oil and gas transportation. For instance, Fluenta— a specialist in flow sensing and ultrasonic technology, revealed that container ship Wes Amelie received natural gas liquid fuel with the help of the innovative ship-to-ship technique, thus marking an important step in the global energy industry. Such innovations play an instrumental role in boosting market growth, which is estimated to progress at a modest CAGR of ~6%.

The natural gas liquid market is witnessing a rapid rise is production activities, owing to technological innovations. Marine vessels in the market for natural gas liquid are adapting to the unprecedented surge in LNG production, as they make efforts to retrofit barges with cooling facilities to efficiently store the novel fuel.

A modest rise in imports to Asia are benefitting traders in the natural gas liquid market, owing to rising electricity generation in Japan and South Korea. According to the U.S. Energy Information Administration, Australia, is predicted to emerge as one the largest global exporters of LNG in the coming years. Companies are initiating strategic ties with traders in Japan, China, and South Korea to generate revenue opportunities.

Stuck in a neck-to-neck competition with other brands? Request a custom report on Natural Gas Liquid Market

Coronavirus outbreak has led the Government of India to lower the price of LNG. Though India is one of the largest oil importers worldwide, the natural gas liquid market in the region bleeds, as record low prices of LNG are affecting market growth.

Ongoing infrastructure projects are likely to boost the revenue of the U.S. market. However, storage of LNG has led to increased costs, thus creating a need for cost-efficient methods to store LNG. Hence, companies are experimenting with stages of syngas production whilst retrofitting barges to efficiently store LNG. Transportation innovations such as ship-to-ship operations are transforming the market landscape.

This study covers detailed segmentation of the global natural gas liquid market, along with key information and a competition outlook. The report mentions company profiles of players that are currently dominating the global natural gas liquid market, wherein various developments, expansions, and winning strategies practiced by these players have been presented in detail.

The report provides detailed information about the global natural gas liquid market on the basis of comprehensive research on various factors that are playing a key role in accelerating growth of the global market. Information mentioned in the report answers path-breaking questions for companies that are currently operating in the global market and are looking for innovative methods to create a unique benchmark in the market so as to help them design successful strategies and make target-driven decisions.

The research methodology adopted by analysts for compiling the report on the global natural gas liquid market is based on detailed primary as well as secondary research. With the help of in-depth insights of the market-affiliated information obtained and legitimated by market-admissible resources, analysts have offered riveting observations and authentic forecasts of the global natural gas liquid market.

During the primary research phase, analysts have interviewed market stakeholders, investors, brand managers, vice presidents, and sales & marketing managers. On the basis of the data obtained through interviews of genuine resources, analysts have emphasized the changing scenario of the global natural gas liquid market.