Load cells are increasingly being used in a host of end-use industries such as medical & pharmaceuticals, food & beverage, automotive, aerospace & defense, etc. The significant progress in digital technologies has played an important role in the development of modern-day electronic and semi-conductor industries. In the current scenario, as programmable electronics continue to break the barriers of quality, reliability, and functionality, products driven by conventional analog technologies are losing out. At present, digital load cells have hit the mainstream market and players operating in the current load cell market are currently expected to focus on the quality of their load cells to improve the measuring & weighing accuracy and the performance of electronic scales.

Technological investments across different industries will continue at a rapid pace in the upcoming years. Companies operating in the current load cell market are expected to design and develop load cells that fulfill the requirements of modern-day industries or Industry 4.0. In addition, the burgeoning applications of load cells in the agricultural sector coupled with the ability of load cells to operate in harsh environments are some of the leading factors that are expected to propel the growth of the load cell market. 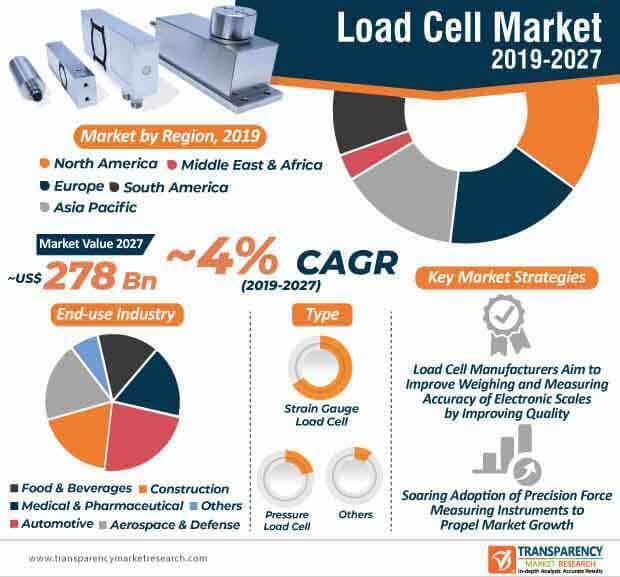 Load cells are extensively used in the marine industry in both onshore and offshore applications to address the mounting challenges in force measurement and marine weighing. Moreover, ingredient control systems and batch weighing applications within the food & beverages industry are expected to present players in the load cell market with abundant opportunities during the forecast period. The ascending demand from material testing, chemical, oil & gas, and medical, among others, are some of the other end-use industries that will most likely propel the growth of the load cell market during the forecast period. 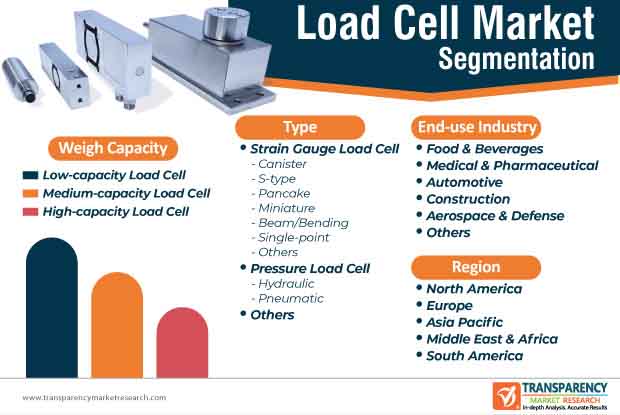 Stuck in a neck-to-neck competition with other brands? Request a custom report on Load Cell Market

Key indicators of market growth, which include market value chain analysis, supply chain analysis, and compounded annual growth rate (CAGR), are elucidated in TMR’s study in a comprehensive manner. This data can help readers interpret the quantitative growth aspects of the global load cell market during the forecast period.