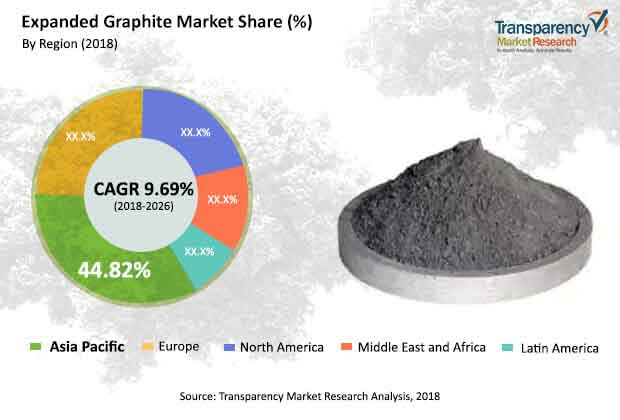 Demand for consumer electronic goods such as laptops, smartphones, and tablets is rising at a substantial pace. These electronic devices employ graphite foils manufactured from expanded graphite. Graphite foils have excellent electric and thermal conductivity; hence, they dissipate heat from crucial electronic components and protect them from any damage. The size of electronic circuits are shrinking and various functions are being performed by a single circuit, due to ongoing technological advancements and developments. These advancements have led to a major issue of overheating in these circuits, which if not properly managed can damage these circuits. Therefore, graphite foils are employed for protecting electronic circuits from overheating. Increasing demand for consumer electronic goods is also expected to be a key driver of the market.

The report includes detailed value chain analysis, which provides a comprehensive view of the global expanded graphite market. The Porter’s Five Forces model for the expanded graphite market has also been included to help understand the competition landscape in the market. The study encompasses market attractiveness analysis, wherein form and end-user are benchmarked based on their market size, growth rate, and general attractiveness.

The global expanded graphite market has been segmented as follows: