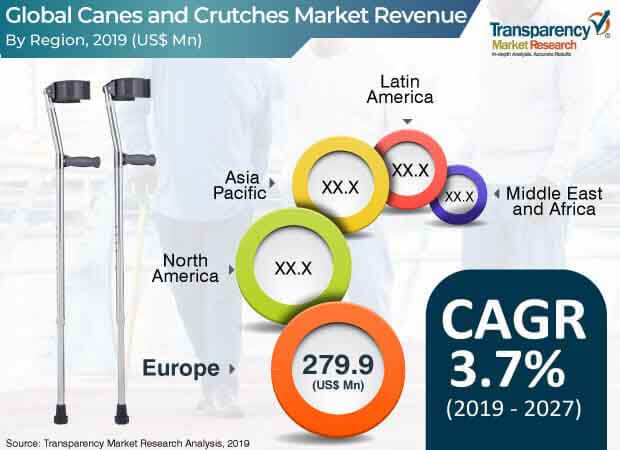 Each of these players has been profiled in the report based on parameters such as company overview, financial overview, business strategies, product portfolio, business segments, and recent developments.

The global canes and crutches market has been segmented as follows: