Technological advancements continue to make a mark across a host on industries, including automotive, consumer electronics, oil & gas, and healthcare. The building & construction sector is no exception to this continual evolution of the technology. Government bodies across the world are increasingly encouraging the development of smart cities wherein smart buildings are expected to hit the mainstream. The building & construction sector is set to undergo a major overhaul over the forecast period, owing to significant advancements in technologies, novel technologies including the Internet of Things (IoT), Wi-fi, and Zigbee are being integrated in modern building automation and control systems. 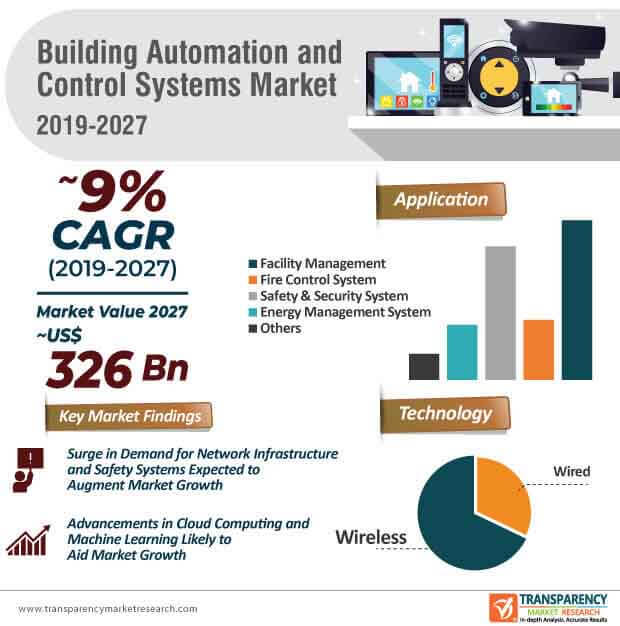 At present, IoT-based surveillance systems are increasingly being used across multiple residential and commercial properties, as they enable property managers to manage security in an efficient manner. Abnormal activities around the building can be monitored and even alerted to security personnel. In addition, automated access to safety systems, alarm systems, etc., is projected to improve the overall safety of buildings in the coming years due to which, the building automation and control system market is expected to move in the upward trajectory. Network infrastructure is gaining significant popularity in the current scenario, as it streamlines communication between residents, networks, and connected devices. At present, building automation and control systems are primarily connected via Bluetooth or Wi-Fi instead of conventional building automation network technologies. One of the major factors that has increased the adoption of IoT over the past few years is the dwindling cost of sensors. Sensor technologies have advanced at an impressive pace due to which, they are increasingly being used in various applications, including data collection, security, and surveillance. Some of the most widely used sensors include occupancy sensors, temperature sensors, motion sensors, and light sensors to name a few. It is safe to say that smart buildings of the future are expected to be largely driven by IoT-based building automation systems. 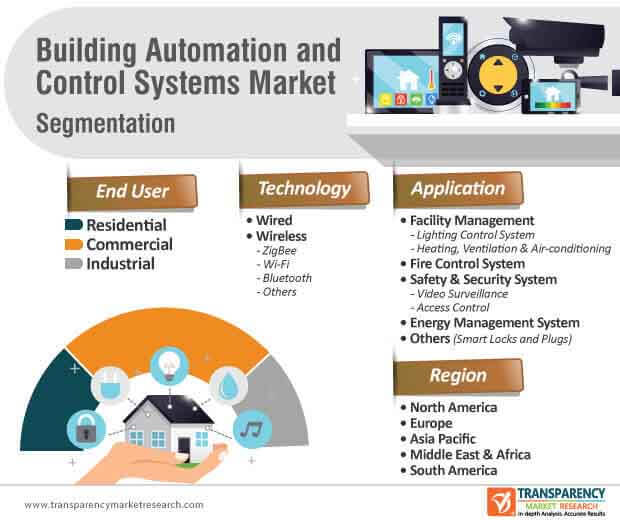 Stuck in a neck-to-neck competition with other brands? Request a custom report on Building Automation and Control System Market

Building Automation and Control System Market –Scope of the Report

It also focuses on market drivers, restraining factors, and opportunities for the building automation and control system market during the forecast period. The study provides a complete perspective on the market, in terms of revenue (US$ Bn), across various geographies including Asia Pacific, South America, North America, Europe, and Middle East & Africa (MEA).

The report includes detailed market value chain analysis, which is focused on providing an extensive view of the global building automation and control system market. Porter’s Five Forces analysis has also been provided in the report to help understand the competition scenario of the market. The study includes market attractiveness analysis, wherein market segments have been benchmarked based on their market size, growth rate, and attractiveness in terms of opportunity. In order to offer complete analysis of the competition scenario in the global building automation and control system market, every geographical region mentioned in the report is provided with attractiveness analysis.