As per a market report by Transparency Market Research, the global base oil market was recorded at US$ 33.2 bn in 2017.  The market is projected to expand at steady CAGR of 1.7% during the forecast period that is from 2018 to 2026. 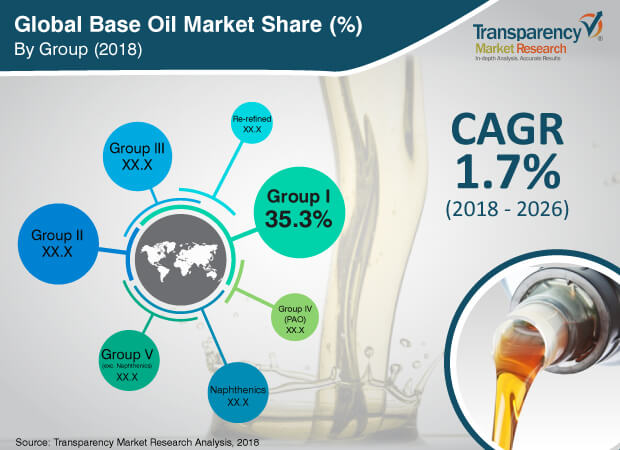 In terms of application, the global base oil market is classified into process oils, industrial oils, hydraulic oils, automotive fluids, metalworking fluids, and others (including rust prevention oils, greases, and marine lubricants). Among them, automotive fluids are anticipated to lead the base oil market. This is mainly because of the increase in number of vehicles across the globe.

Asia Pacific Showcases a Hopeful Future for Base Oil Market

In terms of region, the global base oil market has been divided into North America, Europe, Asia Pacific, Middle East & Africa, and Latin America.  Among all of them, Asia Pacific held more than 40% share of the global base oil market in 2017. The region is likely to display impressive growth in the near future as well. This is mainly because of the increasing number of end-use industries in the region. The base oil market in North America is projected to expand at a CAGR of 0.9% from 2018 to 2026. On the other hand, growing automotive sector in Europe is likely to have a positive influence on the growth of base oil market.

Different factors that affect the base oil market positively as well as negatively have been identified in this report. The report aims to provide comprehensive cross-sectional analysis of the base oil market across geographies including North America, Europe, Asia Pacific, Middle East & Africa, and Latin America. Additionally, it highlights competition landscape of the base oil market and identifies business strategies adopted by leading players. Under the company profiles section, the report provides an overview of companies operating in the market, strategies deployed by them to gain a competitive advantage, SWOT analysis, annual revenue generated by them in the last five years, and recent developments.

The global base oil market has been segmented as follows: