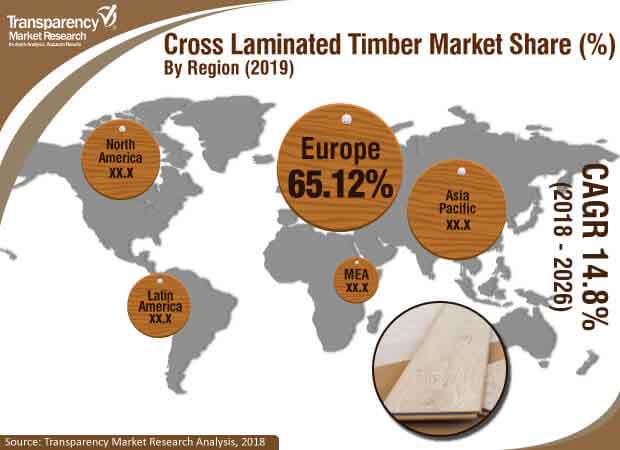 Cross-laminated timber offers various advantages over conventional construction materials such as concrete and steel. It is considered a highly advanced building material due to its superior properties. It is safe, acoustically sound, fire proof, seismically resilient, light in weight, and easy to transport and fabricate. Moreover, it can be prefabricated, which reduces construction time significantly. It is an eco-friendly and sustainable material. It is being increasingly used in the construction industry, mainly in residential construction. A rise in the use of cross-laminated timber in construction is anticipated to drive the market over the forecast period.