Technology has evolved at a rapid pace along with the electronic space. In the current day and age, data has emerged as one of the most valuable assets. The demand for advanced and efficient data management is scaling new heights and expected to grow at a rapid pace in the coming years. New generation technologies are expected to fulfil the growing need for effective data management. In the current scenario, owing to the soaring popularity and adoption of novel technologies, including artificial intelligence (AI), machine learning, and Internet of Things (IoT), among others, data management is the need of the hour. Peripheral component interconnect Express (PCIe) switches have emerged as one the most effective and reliable solutions to address the evolving data management requirements. 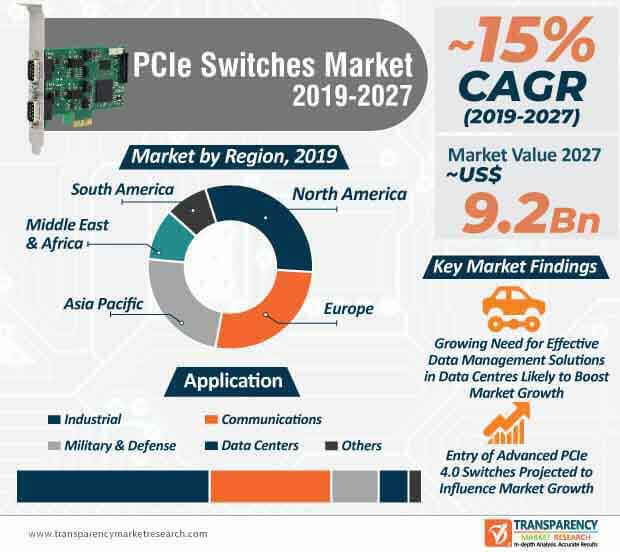 Advent of PCIe 4.0 to Improve Adoption of PCIe Switches

The demand for high-performance storage has played a key role in driving innovations in the PCIe switches market in the past few years. Stakeholders in the current market landscape are aligning their product development strategies in tune with the ascending consumer demand for faster and reliable data storage and management solutions. While PCIe 3.0 switches offered a maximum speed of around 3,500MB/s, the new addition to the PCIe switches family, the PCIe 4.0 is likely to offer speeds up to 5000 MB/s. With the advent of PCIe 4.0, the overall speed at which PCIe slot operates is doubled and provides a staggering 2GB/s per lane as opposed to the 1GB/s per lane offered by PCIe 3.0. In addition, as PCIe 4.0 switches aid in efficient utilization of data center resources, which, in turn, offers an optimal return on capital expenditures, the demand for advanced PCIe 4.0 switches is expected to grow at a rapid pace in the coming years. 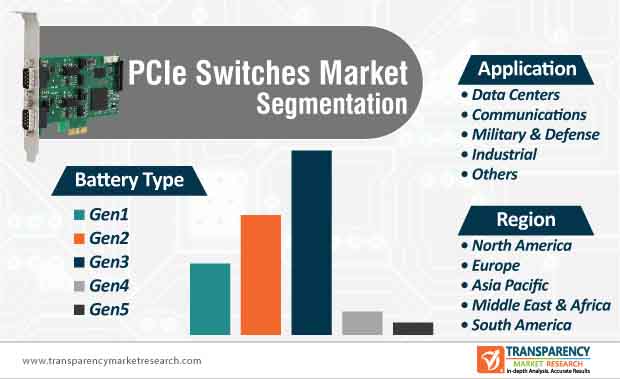 Stuck in a neck-to-neck competition with other brands? Request a custom report on PCIe Switches Market

The global PCIe switches market is expected to grow at an impressive CAGR of ~15% during the forecast period. The growing demand for efficient data management across data centers and cloud providers worldwide are anticipated to play a key role in boosting the growth of the market for PCIe switches. Moreover, as machine learning and artificial intelligence continue to penetrate a host of industrial sectors, the demand for PCIe switches is likely to increase at a considerable rate during the assessment period. North America and Asia Pacific will remain most prominent PCIe switches market, owing to high concentration of key market players in North America, and rapid growth in the number of cloud providers and data centers in the Asia Pacific region.

Rise in Popularity of PCIe Switches in Defense Electronics Systems: A Key Driver

Key indicators of market growth, which include value chain analysis and compounded annual growth rate (CAGR), are elucidated in TMR’s study in a comprehensive manner. This data can help readers interpret the quantitative growth aspects of the global PCIe switches market.