Chlorinated Paraffin Wax Market: Driving on the Back of Growing PVC Product Demand

Chlorinated paraffin wax is among the key secondary plasticizers that are used in flexible PVC manufacturing. Its growing application in various industries, including rubber, paints, lubricating additives, metalworking fluids, plastic additives, and others, has opened new opportunities for the market.

Globally, growing number of building and construction projects and technological advancements taking place in the automotive industry have increased the demand for PVC products. As PVC products include chlorinated paraffin wax in large quantities, more and more players are putting in additional efforts to increase the production of chlorinated paraffin wax. Pertaining to these factors and other advancements taking place in the chlorinated paraffin wax market, Transparency Market Research presents in-depth insights on the growth of this market, in its newly published report. All the key factors relating to global market growth, regional growth, and competitors analysis have been thoroughly discussed in the report. 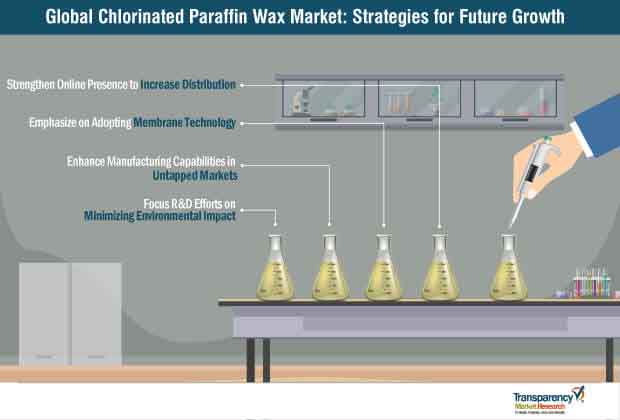 The production of chlorinated paraffin wax dates back to the 1930s. Initially, its application was seen in fire retardants, plasticizers, fire retardants and plasticizers in paints, fillers and antistatic agents in plastics, antiwear additives in cutting oils, and similar other uses. However, at the time, the environmental effects of using chlorinate paraffin wax were not known to the industry. But as its use increased and its production process evolved, its adverse effects on the environment came to light. To counter the harmful environmental effects of chlorinated paraffin wax, regulatory bodies such as the U.S. Environmental Protection Agency, Toxic Substance Control Act (TCSA), and others imposed various regulations and started governing and limiting its use.

Is something restraining your company’s growth in the “Chlorinated Paraffin Wax Market market"? Ask for the report brochure here

Growth in the Metalworking and Paints & Coatings Industries to Spur Demand

Strict Environmental Regulations Restricting the Use of Chlorinated Paraffin Wax

Recently, the U.S. Environmental Protection Agency (EPA) has taken initiatives to examine metalworking fluids, due to the risks they pose to the environment and wildlife. According to EPA, short-chain chlorinated paraffin possesses the ability to kill small aquatic creatures. This has led to robust research and developments activities performed by major manufacturers to lower the negative impact of chlorinated paraffin wax on aquaculture.

With environmental regulations getting stricter and increasing threats related to the use of chlorinated paraffin wax, the Stockholm Convention on Persistent Organic Pollutants is limiting the use of these types of chemicals. Dover Chemical Corporation, a leading manufacturer of chlorinated paraffin, and leading importer, INOVYN (formerly INEOS Chlor Americas, Inc.), had to pay huge fines as a result of not complying with these regulations. 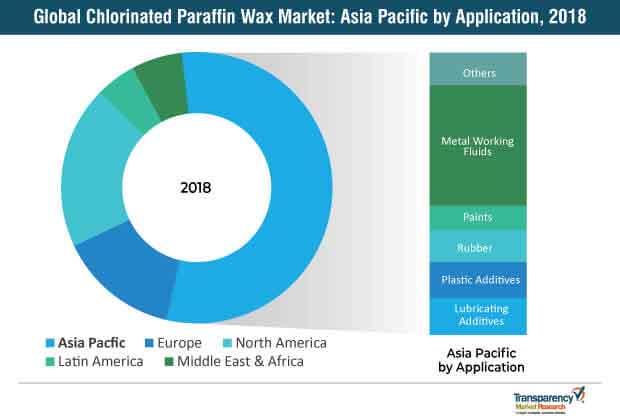 Stuck in a neck-to-neck competition with other brands? Request a custom report on competition on “Chlorinated Paraffin Wax Market?” here

Focus on Advanced Technologies and R&D to Favor Market Growth

New technologies are expected to replace primitive technologies that were used to produce chlorinated paraffin wax. These newer technologies are projected to be more environmentally-friendly and consume less power during production. Emphasis on the use of membrane cell technology has grown significantly, especially in European countries, mainly to minimize the use of mercury cell technology. With mercury being a hazardous chemical, the European Parliament has issued the Industrial Emissions Directive (IED) to reduce its use. It is planning to completely phase-out the use of mercury by the end of 2020, and is promoting membrane cells, as they consume 26% less energy than mercury cells. Though the adoption of membrane cell technology will be capital-intensive, its rate of return is high, but in the long-run (nearly over 20 years). Despite these concerns, the shift from mercury cells to membrane cells is primarily driven by occupational health and environmental concerns.

The global chlorinated paraffin wax market is moderately fragmented, as many local/regional/new players hold ~ 60% share in the market. Leading players, including the top four companies -

hold ~ 40% share in the market, due to which, they enjoy dominance of this market. Prominent players in the market are experiencing systematic growth through strategies related to product development and channel promotion. Huge investments made in research and development activities to diversify their product ranges are largely being undertaken by various companies. Moreover, customizing products as per the requirement of customers has also benefitted players in strengthening their position. Long-term raw material supply contracts and established distribution channels are offering existing key manufacturers with distinct advantages in terms of cost and product quality.

Additionally, they are also focusing on expanding their sales channels by marking their presence on online channels. Engaging with customers and suppliers through different direct and institutional sales channels is also widely being adopted as a key strategy. For instance, Inovyn (Ineos Chlor) entered into an agreement with Tri-iso Tryline, LLC for marketing its chlorinated paraffin wax products. Company portals are also available for direct sales and distribution of chlorinated paraffin wax across various regions.

Recently, Transparency Market Research (TMR) published a new report on the global chlorinated paraffin wax market to unfold the growth prospects of this market over the period of 2019 to 2027. The report gives key insights with respect to various companies functioning in the chlorinated paraffin wax market, and assists them in benefiting from the untapped potential in this market.

The global chlorinated paraffin wax market is categorized on the basis of grade and application. Information on these categories is also given with respect to individual countries, which helps in understanding the regional growth of each category.  The main objective of the report is to offer valuable insights regarding the demand trends for chlorinated paraffin wax in different applications.