As the global automotive space has been undergoing a sea of change since the past decade, newer technologies are making inroads and transforming the way vehicles were, and will be engineered in future. Extensive focus on safety as a key aspect is certainly paying off, which can be gauged by the way automotive rear occupant alert systems are being embraced and appreciated. Gone are the days when safety systems in automobiles were going through a phase of passive adoption. Rather, they are emerging as key imperatives facilitating safe and hassle-free driving experiences. As the automotive space heads toward 'a connected future', technologies of this kind are set to see a massive growth in demand. 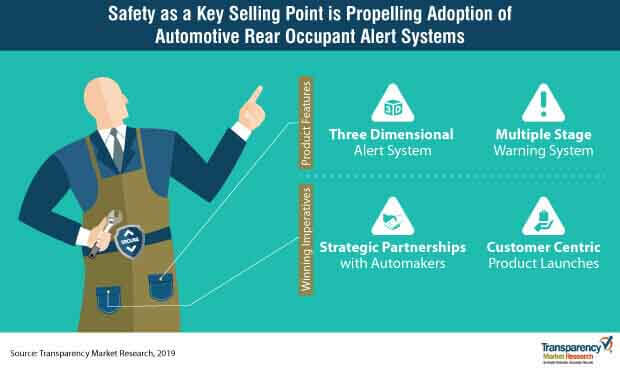 How Demand for Automotive Rear Occupant Alert Systems has Shaped Up? 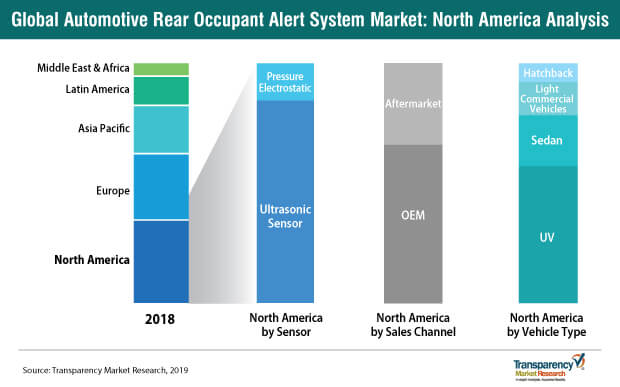 Apart from fundamental sensor movements, other ways are being explored and worked on for timely alerts; some of the effective ones being horn alerts and flashlight alerts. In addition, automotive rear occupant alert systems are also being connected to smartphones, which will further oil the wheels of real-time alerts. Mandates for incorporating automotive rear occupant alert systems across Europe, with an objective of strengthening child safety, is creating a plethora of opportunities for companies to reap sizeable profits.

How are Manufacturers Winning in a Turbulent Market Space?

Success in the automotive rear occupant alert system market comes down to a simple rule - customer satisfaction is the key. Manufacturers are working on offering systems that provide 'best-in-class' functionality and reliability. For instance, in 2019, Hyundai introduced a new technology in its redesigned Santa Fe SUV model that would stave-off the chances of children being left on the rear seats. This new system launched by Hyundai, called Rear Occupant Alert, goes an extra mile with its two-stage warning system that makes use of both, door logic and ultrasonic motion sensors. This launch was a major customer-centric stride brought onto the table by Hyundai that gained massive appreciation across multiple markets.

In between evolving customer expectations and unpredictable moves by rivals, companies are under intense pressure to roll out new innovations and developments. Leading brands are making headway by launching multi-dimensional systems, which would help in accurate rear occupant monitoring and object detection. For instance, ZF Group, a leading provider of car accessories and parts, launched its very first three-dimensional interior observation system for advanced occupant sensing and monitoring.

The authors of this report remain bullish on the adoption of automotive rear occupant alert systems in 2019 and beyond, considering the fact that, the automotive industry is on its way to 'a connected tomorrow'. Considering the nature of the product, the entire process of prototyping, developing, and commercializing entails high expertize and technical knowhow.

An automotive rear occupant alert system is designed to identify and notify the driver about the presence of a passenger or child sitting inside the vehicle on the rear seat while the doors of the vehicle are locked during parking. This type of alert system has been incorporated to reduce the chances of fatalities or heat strokes suffered by passengers or children who have been locked unintentionally inside the vehicle while parking.

The automotive rear occupant alert system recognizes the movement and activities on the rear seat while the doors of the vehicle are being locked, and the system starts honking and flashing the headlights on the detection of activity. The system also sends a notification to the driver or to the devices linked with the vehicle.

Some of the key players operating in the automotive rear occupant alert system market include: