The global algae market is developing at a gradual pace around the world, with a number of algae oil production facilities yet to be fully commercialized. Growing concerns regarding the emission of greenhouse gases have driven the adoption of renewable energy sources, algae being a prominent one. Apart from a rising demand for algae-based biofuels in road, marine, and aviation applications, the plastics industry has also upped its demand for algae to produce biodegradable plastics. 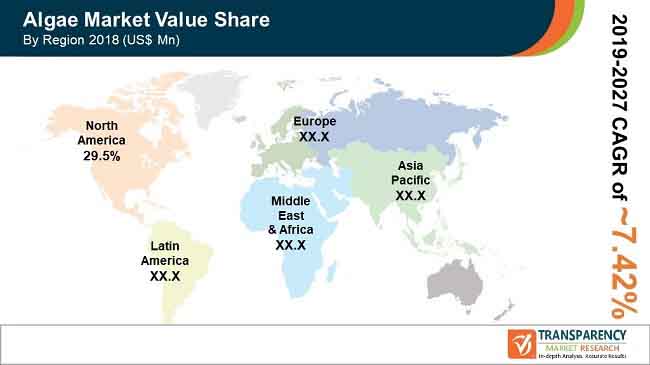 However, in recent years, established players such as Algae Tec and Solazyme, Inc. have been investing more on emerging cultivation technologies such as closed photo bioreactors and fermenter systems for better productivity under the close monitoring of automated systems.

Closed photo bio-reactors are an emerging technology used to promote biological growth by controlling environmental parameters such as light. The only disadvantages presented by this technology are high capital costs and long payback periods.

Countries in Asia Pacific are focusing on algal biotechnology in wastewater bioremediation and CO2 capture and utilization. Asia Pacific hosts five of the top 10 carbon emitters in the world –India, China, Japan, Indonesia, and Iran – who contribute to more than 40% of the global emissions. Strong movements are under way to fully commercialize the production of biofuels from algae. Currently, more than 50% of the algae produced through various cultivation technologies are utilized in DHA production to manufacture chemical components for medicines, health foods, cosmetics, and food additives.

Looking for Regional Analysis or Competitive Landscape in Algae Market, ask for a customized report

Key players in the global algae market include

Algae Market – Scope of the Report

Transparency Market Research’s recent report on the global algae market, with the help of a comprehensive outlook, provides readers with an assessment of the global market landscape. This study on the global algae market analyzes the market scenario for the period from 2018 to 2027, wherein 2018 is the base year. This report enables readers to make important decisions with regard to their business, with the help of a wealth of information enclosed in the study.

This TMR study on the global algae market also provides data on developments made by important players and stakeholders operating in the market, along with competition analysis. The report also provides an understanding of strengths, weaknesses, threats, and opportunities, along with market trends and restraints in the competition landscape section.

This study also offers Porter’s five forces analysis, value chain analysis, and regulatory scenario of the global algae market, in order to elaborate crucial growth strategies of and opportunities for players operating in the market

This report answers these questions about the global algae market, aiding major stakeholders and key players in making the right decisions and strategizing for growth of their business

This report uses an analytical triangulation method to estimate the numbers of the global algae market, by using both bottom-up and top-down approaches

This report on the global algae market provides segmentation of the market based on cultivation technology, application, and region