Honeywell International Inc. is a U.S. based multinational company headquartered in New Jersey. The company was established in 1906 and generated revenue of US$ 41,802 million in 2018. The company designs, manufactures, and markets its products and services to various verticals such as aerospace, building technologies, performance materials and technologies, and safety and productivity solutions.

Infineon Technologies AG is a Germany based semiconductor company headquartered in Munich. The company was established in 1999 and generated revenue of US$ 8,563 million (Euro 7,599 Million) in 2018. It develops and markets semiconductors and system solutions. The company provides its product and services to applications such as automotive, industrial power control, power management & multimarket, and digital security solutions.

Emerson Electric Co. is a U.S. based multinational company headquartered in Missouri. The company was incorporated in 1890 and generated revenue of US$ 17,408 million in 2018. The company offers various solutions for the industrial, commercial, and residential sector. The company’ products and services are offered under two business segments: automation solutions, and commercial & residential solutions. Major revenue of the company is generated from North America (United States and Canada) followed by Asia Pacific.

General Electric Company is a U.S. based multinational company headquartered in Boston, Massachusetts. The company was established in 1892 and generated revenue of US$ 121,615 million in 2018. The company offers its products and services to power, renewable energy, aviation, oil and gas, healthcare, transportation, and lighting industries.

Some of the other major companies active in the smart pressure sensors market are ABB, Siemens AG, STMicroelectronics, and Robert Bosch GmbH. 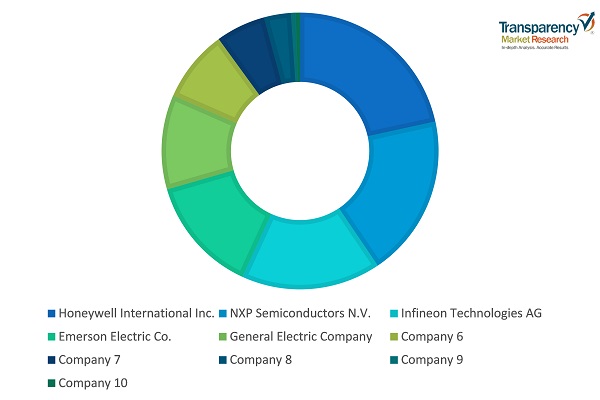 Based on end-users, the smart pressure sensors market is segmented into: 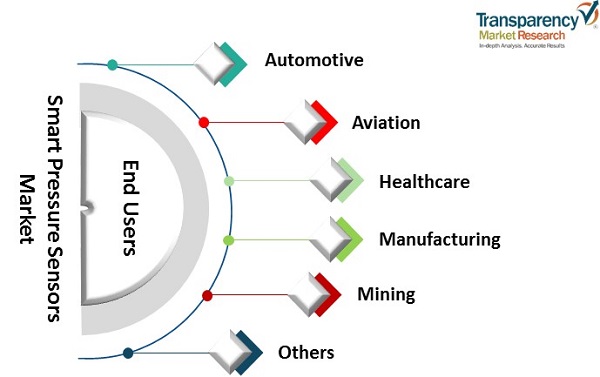 Based on product type, the smart pressure sensors market is segmented into: 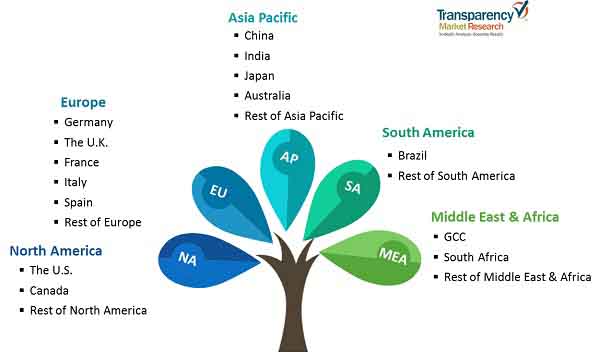