The global geotextiles market is expected to reach US$6.4 bn in 2018 after displaying a CAGR of 10.30% between 2012 and 2018, according to Transparency Market Research. The market was valued at US$3.2 bn in 2011. The data is provided in a research report released on the Transparency website under the title “Geotextiles Market - Global Industry Analysis, Size, Share, Growth, Trends and Forecast, 2012 - 2018”. 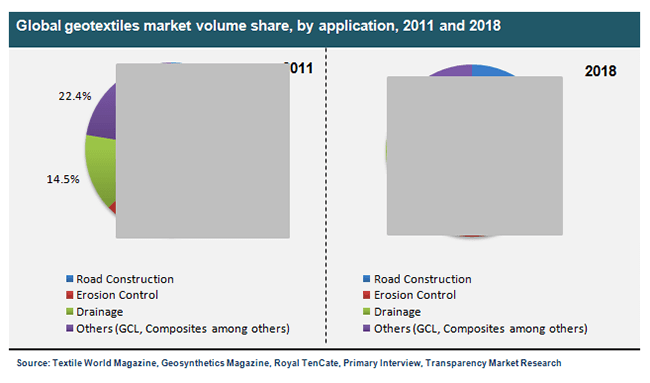