According to a new market report published by Transparency Market Research, the global conditional access system market was valued at US$ 2,694.9 Mn in 2016 and is expected to expand at a CAGR of 6.9% from 2018 to 2026 to reach US$ 5,381.2 Mn by the end of the forecast period. According to the report, North America was a significant contributor, in terms of revenue, to the conditional access systems market in 2016. With high adoption of advanced services such as high definition (HD) television, internet protocol television (IPTV), and others, North America is expected to maintain its dominant position in the market throughout the forecast period. 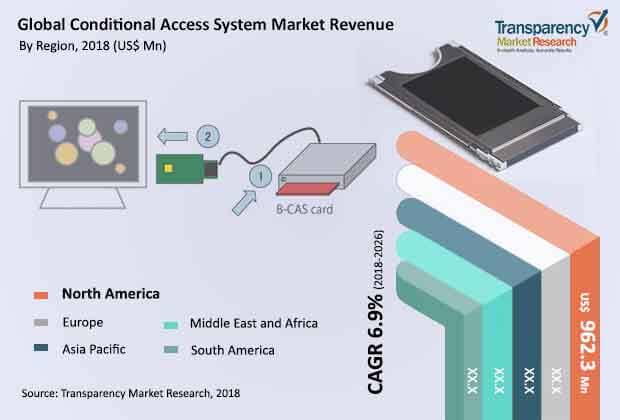 The conditional access system Market has been segmented as below:

In addition, the report provides analysis of the conditional access system market with respect to the following geographic segments: