Coconut oil has established itself as a healthy fat source among consumers as it as associated with a plethora of health benefits that are being covered by various health blogs, social media, and reputed media houses. These factors have resulted in a substantial increase in the awareness towards coconut oil which is also anticipated to supplement the growth of fractionated oil market over the forecast period. 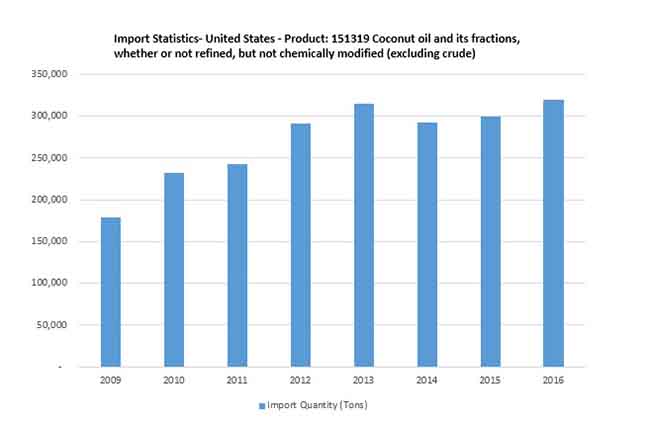 On the basis of product type, the global Fractionated Coconut Oil market has been segmented as –

On the basis of nature, the global Fractionated Coconut Oil market has been segmented as –

On the basis of the distribution channel, the global Fractionated Coconut Oil market has been segmented as –

Fractionated Coconut Oils are anticipated to witness a high demand in developed regions such as Europe and North America, wherein owing to increasing health awareness and higher spending on specialty oil and fats. Thus creating a lucrative opportunity for key players to expand their operations.

A modelling-based approach and triangulation methodology will be followed to estimate data covered in this report. A detailed market understanding and assessment of the applications, types, forms and end uses of the product segments covered in the study is followed by carrying out a demand-side approach to estimate the sales of target product segments, which is then cross-referenced with a supply-side assessment of value generated over a pre-defined period. The statistics and data is collected at a regional level, consolidated and synthesized at a global level to estimate the overall market sizes.

Some of the key data points covered in our report on include: