The long range and medium range radar segments have a revenue share of more than 4/5th of the global automotive radar market by range type in 2017. While the long range segment is projected to lose share going forward, the medium radar segment is on track to gain over the course of the forecast period. The long range segment should have a value of more than US$ 2.1 billion by the end of 2026 with the largest share contributed by Europe. Europe predominates in the medium range radar segment as well but companies could also seek to target North America in the automotive radar market. 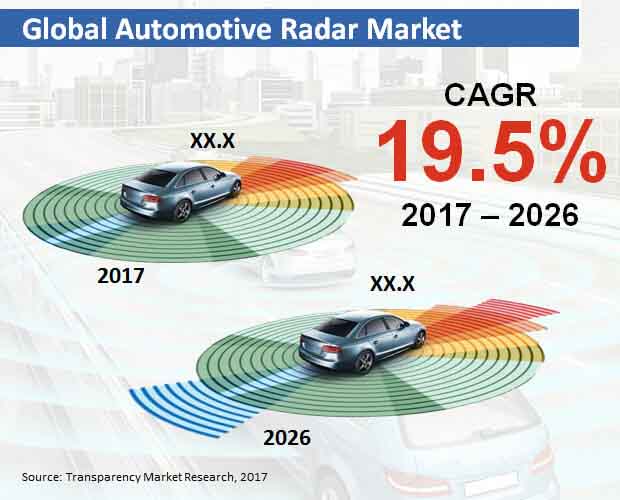 A similar opportunity exists in the assisted and semi-automated segments of the automotive radar market with the latter inching ahead. Both segments may lose BPS over the course of the study. Companies might want to focus their attention on Europe as the Europe assisted segment should be worth more than US$ 145 million by end 2026.

The report also offers insights and information on the basis of sales channel type. The report has segmented the global automotive radars market on the basis of OEM and aftermarket. Sales of automotive radars are quite significant from both sales channels, and it is highly likely that demand will continue to evolve during the assessment period as well.

The research methodology pioneered by Transparency Market Research is amongst the best in the industry and has been devised after careful requirement analysis. The analyst team has years of experience in the automotive industry and they conduct intense primary and secondary research to prepare reports such as that on the automotive radar market. After the data is gathered, it is thoroughly validated with proprietary company tools for providing all the quantitative and qualitative insights of the automotive radar market.